The Bipartisan Infrastructure Deal: What it means for Clean Energy, Climate Change, the Green Economy, and Environmental Justice 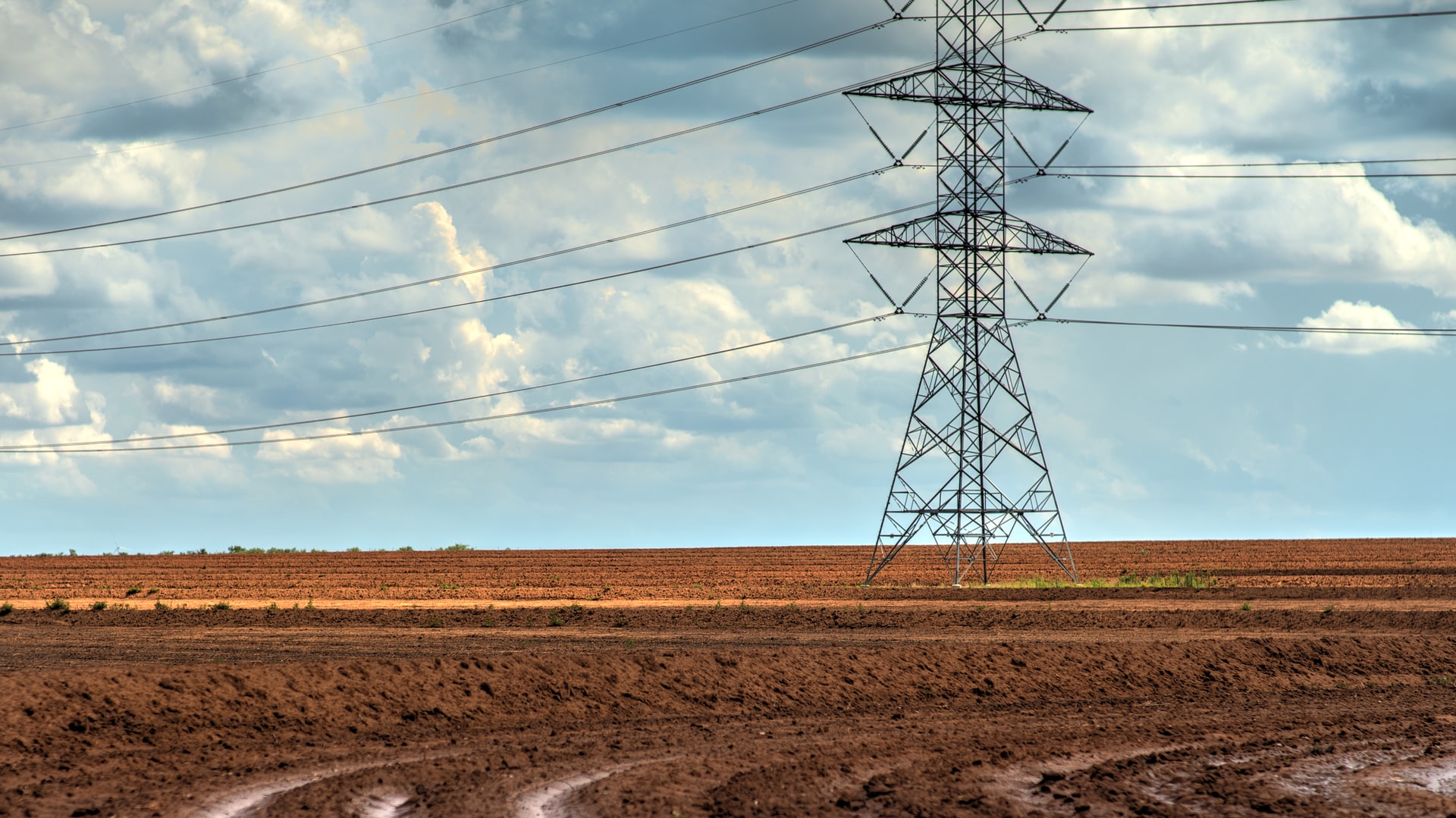 What is the Bipartisan Infrastructure Deal?

The United States faces important infrastructure challenges that pose health and safety risks, prevent access in rural and disadvantaged communities to vital resources necessary for both a basic quality of life and to thrive in today’s world, and create economic strain. In March 2021, President Biden introduced the American Jobs Plan, a whopping $2 trillion proposal aiming to rebuild and modernize US infrastructure, create good-quality jobs, and move America up as the leader in climate science, technology, innovation, and research and development. As can be expected, the plan garnered a lot of differing views about necessity and feasibility. However, on June 24, 2021, President Biden and Vice President Harris announced support for the Bipartisan Infrastructure Deal. While the deal falls short of the expansive scope proposed in the American Jobs Plan, this $1 trillion deal sets out to make critical investments in transportation, water, broadband, and power infrastructure as well as address legacy pollution and climate change.

So how can we expect the deal to advance clean energy, mitigate climate change, and address environmental injustice?

The Bipartisan Infrastructure Deal addresses clean energy infrastructure, carbon emissions reduction, resilience to climate crises, and environmental justice in many aspects of the deal. We see some of this in calls for existing infrastructure revitalization to withstand the effects of climate change or reverse the impacts of previous destruction – leveraging better materials for transportation infrastructure; grid modernization and expansion; remediating legacy pollution like orphan oil and gas wells, abandoned mines, and contaminated land. And we also see this in calls for investment in clean energy innovation – electric vehicle (EV) infrastructure; electrifying school transportation; clean transportation availability in disadvantaged communities. Ultimately, it is important to note that the Bipartisan Infrastructure Deal does leave out significant spending proposed in the American Jobs Plan that would help us reach key climate change and zero emissions goals, bolster the green economy, and create jobs of the future focused on clean energy. While the deal tackles some important environmental issues, it alone is not enough, and this administration will need to commit much more funding towards clean energy and the impacts of climate change to make strides towards a cleaner, healthier future.

The deal proposes a $73 billion investment for “Reenergizing America’s power infrastructure” meaning a significant portion of the originally proposed $100 billion in spending survived. But there were two major facets in the American Jobs Plan with direct implications for clean energy: 1) modernizing and expanding the grid for resilience and reach and 2) incentivizing clean energy generation, storage, and use. The newly drafted deal still seeks to accomplish the former but cuts out much of the latter.

Our grid is currently vulnerable to climate disasters like the extreme weather that caused the Texas power outages earlier in 2021. One study from the Department of Energy (DOE) estimates that power outages cost the United States economy up to $70 billion each year. That’s almost the total amount of spend proposed for the entire power infrastructure upgrade. And power outages disproportionately impact disadvantaged communities widening the energy equity gap. While renewable energy generation continues to grow with new mass generation sites (e.g. wind and solar farms) and distributed energy resources (e.g. community solar), the US electric transmission system was built a long time ago and built to source energy from coal, nuclear, and other older generation plants. The grid is in dire need of rehabilitation and is not equipped to handle additional load and is not expansive enough to reach new renewable energy generation facilities. Thousands of miles of additional transmission lines mean increased capacity to support clean energy transmission and access.

“Many of the high-voltage power lines carrying electricity into cities were built decades ago on a model geared toward moving electrons from enormous coal, hydroelectric, and nuclear plants. Those lines are old and need refurbishment, and the coal and nuclear plants they once served have been retiring rapidly. Where once half of U.S. power came from coal, it is now down to 18 percent.” (Biden’s green goals face a power grid reckoning, Eric Wolff, Politico)

As noted earlier, tax incentives are a key policy tool left out from the Bipartisan Infrastructure Deal. Investment tax credits proposed in the American Jobs Plan would incentivize power line construction and a ten-year extended and expanded direct-pay investment tax credit and production tax credit was proposed to incentivize investments in clean energy generation and supportive policies to encourage state, local, and tribal governments to accelerate modernization. Additionally, $15 billion originally proposed for climate research and development demonstration projects would have prioritized research projects like utility-scale energy storage and carbon capture and storage among others. Without these incentives and funding, we face potentially slower progress to achieve a modernized electric grid, increased clean energy generation and access, and clean energy innovation.

The new deal proposes only $10 billion total to address both the EV infrastructure challenges and electrifying transit vehicles. These are necessary improvements, but the Bipartisan Infrastructure Framework was a far cry from the previous plan – which proposed to allocate more than 8% of the entire plan’s funding to EV infrastructure and electrifying vehicles – and this deal cuts funding even further. $7.5 billion are allocated to create a “national network of electric vehicle chargers” extending to disadvantaged communities and the plan does intend to “drive domestic manufacturing or zero emission vehicles”, an aspect that will create clean energy jobs. An additional $2.5 billion will aim to electrify transit vehicles and school buses to help reduce carbon emissions and improve air quality, particularly for kids and communities that have historically been most affected by pollution.

As a nation, we unfortunately can’t flip a switch to get 100% renewable energy throughout the country (though you can throughout your home with The Energy Co-op’s renewable electricity and renewable natural gas programs!). But as we make the transition, abandoned infrastructure for old-world fuel sources continues to pollute the planet, pose health and safety risks, and plague disadvantaged communities. The Bipartisan Infrastructure Deal still aims to remediate sites that create safety and health hazards targeting those in disadvantaged rural and urban communities, pledging the entire $21 billion proposed in the American Jobs Plan to create jobs plugging orphan oil and gas wells, closing abandoned mines, and remediating Brownfield and Superfund sites which are critical safety hazards and cause continued environmental and climate damage as well as long-term health problems.

Climate crisis realities – like extreme weather events and pollution – disproportionately impact communities of color, low-income populations, rural, and tribal communities who are more likely to live in areas more susceptible to the impacts of climate change and pollution and less supported by relief efforts. These communities consequently face dangerous living conditions, long-term health risks, limited access to vital clean resources, and additional strain on already difficult financial positions. The Bipartisan Infrastructure Framework purported that disadvantaged communities historically excluded from the advantages of modernization will directly benefit from grid modernization and expansion, electrification of transit vehicles, transportation infrastructure repairs and resilience improvements, pollution remediation, and even EV manufacturing and infrastructure. There were additional cuts from the framework posed in June to this revised deal which directly take funding away from areas directly benefiting disadvantaged communities, like electrifying transit vehicles (proposed spending was cut again from $7.5 billion to $2.5 billion). However, spending will still make clean energy more accessible to rural and low-income communities; electrify transit vehicles reducing pollution in communities most burdened by the impacts of carbon emissions; make it easier for low- and middle-income populations to benefit from and invest in disaster resilience; and clean up hazardous pollution sites that disproportionately impact already disadvantaged communities.

A major exclusion from the Bipartisan Infrastructure Deal is in the human investment – training, education, and employment for industries of the future. Under the American Jobs Plan, $10 billion in federal R&D funds would have been earmarked for Historically Black Colleges and Universities (HBCUs) and Minority Serving Institutions (MSIs) with an aim to increase resources centered on climate change and climate science. An additional $15 billion were pledged to create “centers of excellence” to serve as research incubators and provide pre-college and fellowship opportunities to HBCUs and MSIs. The revised deal at large intends to create good quality jobs with a notable focus on opportunities in clean energy improvements and infrastructure development focused on addressing and building resilience against the impacts of climate change. But the removal of education and training targeted at communities of color creates a critical gap in addressing environmental justice.

The Bipartisan Infrastructure Deal is the largest investment in the nation’s infrastructure in almost a century. We’ve barely scratched the surface of how the deal addresses climate change, clean energy, the green economy, and environmental justice. And while the slimmed down proposal leaves a lot on the table, there is a focus on modernizing and expanding the nation’s energy infrastructure to support generation of, transmission of, and access to clean energy while keeping the transmission system resilient against climate crisis events and creating room for electric vehicle infrastructure. While we wait to see how this deal moves forward (and will hopefully see it paired with a budget blueprint that furthers many of these critical initiatives), we each can continue to do our part and make decisions in our daily lives to help further a cleaner, more resilient environment.

For more information, you can read a high level summary of the Bipartisan Infrastructure Deal.