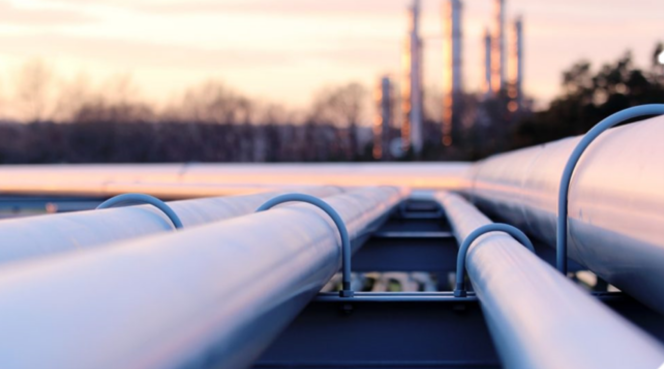 State and municipal governments are setting ambitious carbon neutrality goals, and to meet these targets, many will need to implement a fossil fuel phase-out. Many are looking to decarbonize their natural gas utilities to aid in their clean energy transition. This blog post will show the different avenues through which natural gas utilities can aid in the achievement of clean energy goals.

Locally, Philadelphia committed itself in 2021 to achieving complete carbon neutrality by the year 2050. A Philadelphia City Council hearing in February 2022 focused on Philadelphia Gas Works (PGW) and its role in meeting the city’s carbon neutrality goals by the target year. The hearing centered around the PGW Diversification Study, which detailed possible paths for the utility’s clean energy future, such as decarbonized gas, geothermal systems and electrification.

It is important to note that RNG travels through conventional natural gas infrastructure, which is prone to leaks and allows for some emissions of the gas into the atmosphere. However, the sustainability of RNG comes from capturing this methane from waste facilities and putting it to use, in addition to avoiding hydraulic fracturing.

Several utilities across the U.S. have begun plans to inject decarbonized gas into their pipeline networks in the next decade. New Hampshire’s Liberty Utilities has proposed a facility for the creation of landfill-derived gas and, pending the New Hampshire Public Utilities Commission’s approval, hopes to start supplying RNG by fall of 2022. South Jersey Industries Inc. is in the process of constructing an RNG facility located at a Connecticut dairy farm, and is expected to be operational later this year. The California Public Utilities Commission came to a decision in February 2022 to legally require California’s natural gas utilities to supply 12% renewable natural gas to their customers. Southern California Gas plans to inject 20% decarbonized gas into pipeline networks by 2030.

Here in Philadelphia, we have a different story, as PGW is currently unable to offer its customers decarbonized gas due to the utility’s obligation to purchase the cheapest supply of gas, which continues to be conventional natural gas. The Energy Co-op’s members who are enrolled in our RNG program are tapping into this renewable energy source that is not yet widely offered by most U.S. utilities. Additionally, our RNG members are helping drive up demand for renewable energy development in Pennsylvania, and therefore, helping to hasten the clean energy transition.

Finally, the electrification of residential heating and cooking, often powered by natural gas, is another area which gas utilities may look to in their decarbonization efforts. There is a distinction between full and hybrid electrification, in which full electrification would significantly reduce reliance on natural gas. Hybrid electrification, however, would allow residents to keep their gas-powered furnaces, but pair these with a non-fossil fuel, electric heating technology, such as heat pumps, for most of the heating season. In this scenario, natural gas would serve as a backup heating measure when temperatures drop dramatically.

Many states have passed laws aiming to prioritize electrification efforts. Minnesota lawmakers passed the Natural Gas Innovation Act in 2021, allowing utilities to expand their product offerings and sell alternative, electric space heating technologies, while keeping natural gas in their business models. Electrification has not been developed at a large scale in the U.S., yet according to a 2021 National Fuel report, these hybrid heating systems decrease winter peak demand and provide more grid resilience.

Many opportunities exist for U.S. gas utilities to play a role in the fast transition from a fossil-fuel based economy to one powered by cleaner renewable resources. Policymaking efforts aimed at accelerating this transition will play a major role in incentivizing state governments to decarbonize their gas utilities. However, utilities must also consider combined approaches and take initiative to remain in the energy supply business. Injection and mixing of RNG with conventional natural gas, geothermal district heating and electrification of residential heating and cooking are some ways in which gas utilities can embrace the change that is forthcoming if we are to address the threat of climate change in a timely manner.