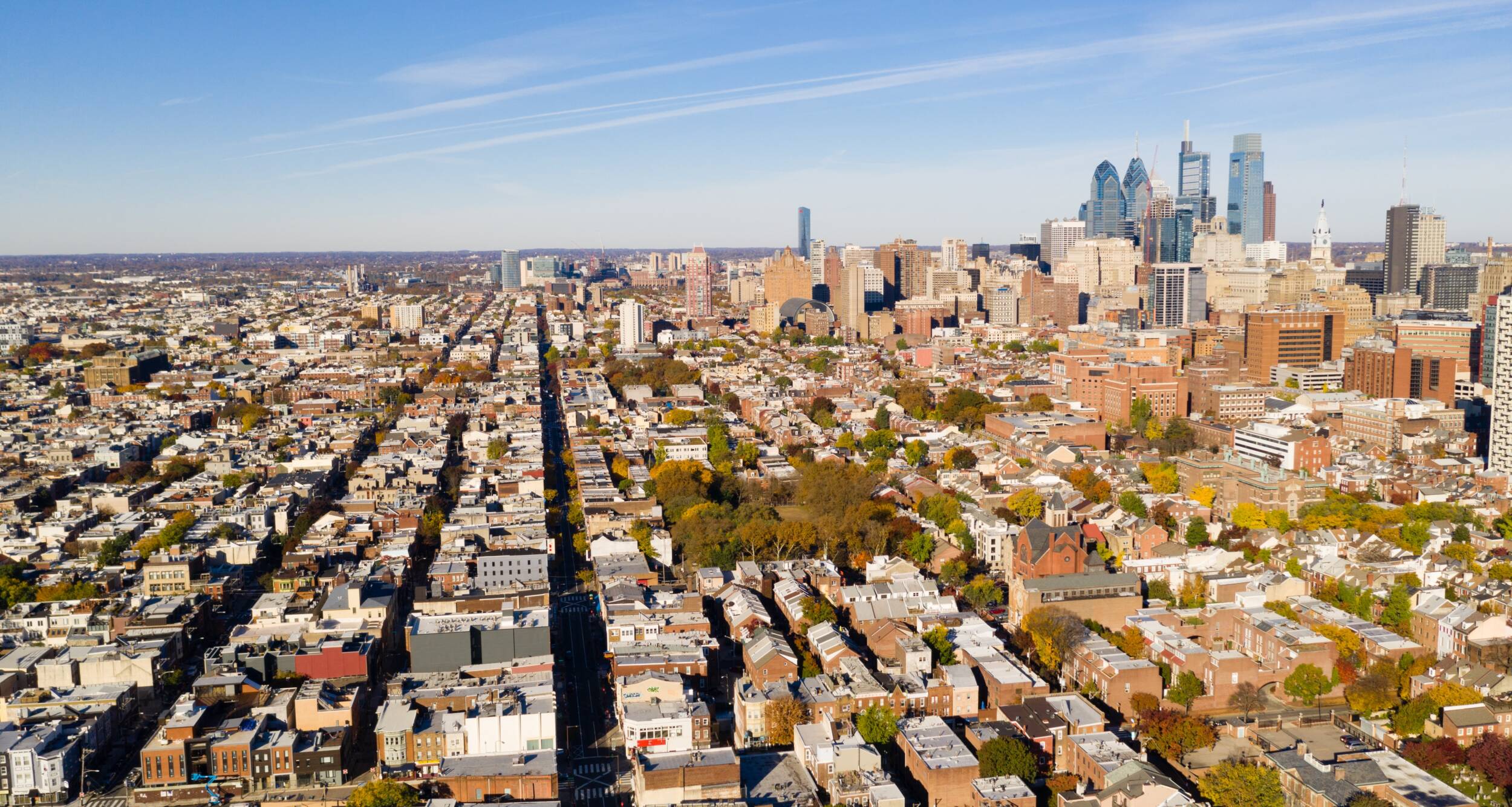 On September 22, 2021, Governor Wolf announced the release of Pennsylvania’s new Climate Action Plan (CAP). The Plan, which was compiled by the Pennsylvania Department of Environmental Protection with support from ICF International, Penn State University and Hamel Environmental Consulting, outlines greenhouse gas (GHG) reduction strategies, responses to climate change, addresses energy policy and programs, and lays out strategies to reach certain climate related goals. One key goal mentioned throughout the report is the aim to reduce GHG emissions by 26% by 2025, and by 80% by 2050. Energy Co-op staff have reviewed and explained key points of interest from the 255-page report.

Pennsylvania is one of the leading natural gas and nuclear electricity producers in the United States, a net energy exporter, and the largest generator of electricity in the PJM service region. For its zero-emission energy production, Pennsylvania still relies heavily on nuclear power (and PA is still the third-largest coal producing state). Once Pennsylvania can join the Regional Greenhouse Gas Initiative (RGGI) – in which Pennsylvania would commit to reducing its GHG emissions in coordination with other states – the Commonwealth will see a significant increase in clean energy program funding, which could begin to happen as early as 2022. Due to the volume of energy production in the Commonwealth, energy jobs account for 4.5% of Pennsylvania’s total workforce; over a third of those jobs are in the energy efficiency sector.

Several policies implemented over the past 25 years have resulted in increased efforts to promote the use of clean energy, and ongoing efforts are currently contributing to GHG reductions in the Commonwealth. Noteworthy among these policies are:

Net greenhouse gas emissions in Pennsylvania totaled 233.7 MMTCO2e in 2017, a 19.2% decrease from the 2005 level. The highest portion of GHG is emitted by the electricity generation sector (29%), while transportation and industrial fuel use are the next highest emitters (24% and 18%, respectively). It’s also worth noting that fugitive emissions from energy production make up 8% of emissions, about half of which comes from coal mining and half of which stems from natural gas and oil systems.

If current GHG reduction policies and programs are held steady, PA is projected to nearly achieve the 2025 GHG goal but will fall far short of the 2050 target. Barring additional action, emissions would actually increase by about 1.4% between 2025 and 2050, mainly due to continued growth of natural gas electricity generation and industrial fuel use. Natural gas is projected to generate more than 58% of PA’s electricity by 2050 in this scenario.

In the near term, the GHG reduction strategies with the most impact are those relating to fuel supply and industrial activity. Fuel supply strategies include the increased use and production of renewable biogas while reducing methane leakage from oil and natural gas systems. Strategies relating to industrial activity are implementation of energy efficiency measures and switching to lower carbon fuels. These strategies are most important to achieving the 26% GHG emission reduction target by 2025.

The transformation of the electricity grid is most critical for achieving the 2050 GHG emissions reduction target. The goal is a transition to clean renewable energy generation to replace GHG-emitting fuels such as coal and natural gas. Renewable electricity generation is projected to grow from roughly 6% of total generation in 2020 to 58% in 2050. The model also anticipates that nuclear electricity generation, which is also emissions-free, will remain at current levels. The report notes that adoption of these grid transformation strategies will likely require strong legislative action, such as the amendment and increase of Pennsylvania’s AEPS to an in-state requirement of 100% by 2050.

The model used in the 2021 CAP indicates that the GHG-reducing strategies will hardly negatively impact projected growth in absolute terms and will make the economy of the Commonwealth more environmentally sustainable.

The 2021 CAP outlines a strategy to reduce GHGs by focusing on improving residential and commercial energy efficiency. Act 129 is PA’s flagship energy efficiency law, explained above, and may lead to a 20% reduction in kWh usage. Reduced kWh lowers both an individual’s energy costs and the pollutants created when electricity is generated, including carbon dioxide, methane and nitrogen oxides (which are all poisonous, highly reactive GHGs).

The strategy outlined in the PA Climate Action plan, if fully implemented, would:

While PA already implements Act 129, the state legislature would need to increase the annual energy savings targets, remove cost caps, establish growth of a Commercial Building Energy Performance Program, and make other programmatic changes. This strategy also suggests that program rules for Act 129 should account for equitable implementation to include continuation of specialized low- and moderate-income programs.

The 2021 CAP calls for an increase in the production and use of biogas, also called renewable natural gas (RNG). RNG supply would grow to comprise 75% of total gas feedstock by 2050 under the Plan, decreasing annual GHG emissions then by about 10.5 million MTCO2e, and adding $173 million each year, and almost 30,000 jobs, to Pennsylvania’s economy. The Pennsylvania Utility Commission (PUC) would be responsible for implementing the RNG strategy and could establish an RNG mandate for utilities and other gas suppliers, requiring those companies to include a certain percentage of RNG in their pipeline products. The CAP acknowledges that RNG production is currently more costly than for fossil natural gas, and that significant capital will be required to build new infrastructure for the plan.

The Plan takes the view that producers will have an incentive to capture leaking gas because it will allow them to sell it. An alternative strategy mentioned is to capture and flare fugitive methane, one that results in a reduction of GHG released to the atmosphere but at the cost of wasting the energy in the methane.

It’s worth noting that the natural gas marketed in Pennsylvania during 2019 (the last year for which data is available) had a wholesale value of $34 billion that year, according to the U.S. Department of Energy, or 1,700 times the cost of the Plan’s strategy for curbing methane emissions.

In 2017, electric generation was the largest source of GHG emissions at 29% of total GHG emissions in PA. Pennsylvania is the largest electricity producer in the region, and largely relies on nuclear for zero emissions energy generation. One key approach in the 2021 CAP is creating a carbon emissions-free electric grid. Some strategies to accomplish this include increasing the in-state AEPS requirement to 100% by 2050, increasing Tier 1 targets and increasing solar carve-outs to 10% by 2030 (supplied by in-state, grid-scale and distributed sources), and adding AEPS eligible energy sources such as nuclear, carbon capture and sequestration (CCS), and carbon capture, utilization, and storage (CCUS), energy storage, and future carbon-free tech. Meanwhile, a focus on expanding solar and wind projects and transmission planning would allow us to ultimately produce most or all of our power from nuclear or renewable sources.

Projections estimate a 55.7 million MTCO2e reduction in GHG, the greatest emissions reduction from any strategy in the 2021 CAP. The switch to a carbon-free grid will result in a projected annual average loss of $658.98 million in GSP, $1.13 billion in DPI, and 5,285 jobs for the fossil fuel industry.

Implementation could take decades and be slowed by a lack of political will to pass grid decarbonization legislation and deployment of new clean energy assets could experience regulatory and siting delays. Other important considerations are grid resilience as we become a more electrified state, and the economic implications of stranded fossil assets and fossil industry job losses.

Across most areas addressed in the 2021 PA Climate Action Plan, environmental benefits include a cleaner grid less reliant on fossil-based resources. Most strategies result in co-benefits such as improved air and water quality, improved health outcomes, increased energy security, the promotion of safety, and improved equity and environmental justice outcomes. As far as job growth, the 2021 CAP predicts additions of roughly 42,000 jobs per year as a result of the implementation of emission-reducing strategies.

Many of the recommendations in the 2021 CAP will help foster a better landscape for The Energy Co-op to continue supplying renewable energy to our thousands of members. We offer 100% wind and solar, renewable electricity, and 100% non-fracked, renewable natural gas. Our members are already moving us closer to a cleaner, zero-emissions Pennsylvania. Not a member yet? Contact us to learn more and sign up.